If ‘And Above All’ (2017, El Negocito Records) and ‘Give Space’ (2018, Sdban Ultra) prove anything, it’s that Steiger is not just a band, but a continuous work-in-progress. Gilles Vandecaveye (keyboards), Kobe Boon (bass) and Simon Raman (drums) eagerly explore the outer margins of jazz and dive into other universes (contemporary music, electronica, pop, free improvisation, …), but basically also remain faithful to the genre’s long-standing core principle; that of a flexible transformation.

For their recent EP ‘Brick Smoke Basement’ (2020, Sdban Ultra), the trio continued their path of renewal and experiment. By doing this, they built on Give Space, but also moved beyond it after Recent residencies at Vooruit(Ghent), Flagey (Brussels) and deSingel (Antwerp), to explore as yet unfamiliar territory.

This new EP also set the tone for their next full-length album, for which the band intended to try out shorter songs and a stronger emphasis on sound exploration. By incorporating various synths and prepared piano, as well as inviting producer Cesar De Sutter-Pinot into their midst, the band took another step forward. Steiger: “it’s a yin yang thing. Same vibe as before, but different. The EP really has a dark side. But there’s beauty in melancholy. The new album, on the other hand, is rather uplifting and nimbler. It’s lighter and there’s more humour in these new songs.”

‘The New Lady Llama’ (April 2021, Sdban Ultra) refers to the urge to create a new sound. Steiger want to tell stories and lose themselves in their imagination, all this in a time in which the absurdity of fiction is surpassed by reality. The title of the new album is also a reference to ‘The Lady, The Llama and the Dog’, a track of their second album ‘Give Space’. 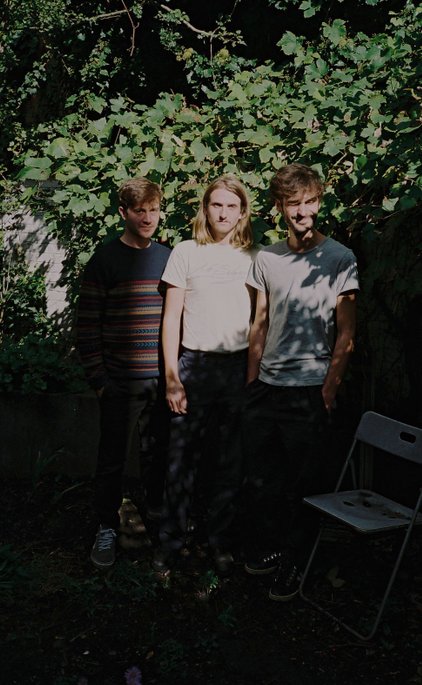